It is the time again when I reflect on the past year and plan for the next one. This is the eighth year in a row in which I record my training volume diligently and share it on my blog at the turn of the years. Details can be found in my Garmin account https://connect.garmin.com/modern/profile/Tarek_Badawi

This was the most active of the last 8 years. I joined races throughout the year. Signing up to races is my way of keeping myself committed and avoiding to get lazy. After all, I do not want to sign up, tell everybody I’m doing a race, and then embarrassing myself by failing one way or another. My A-race was supposed to be Ironman Hamburg end of July, but it turned out that I had another one which emerged to become at least as challenging and much more exciting and enjoyable; the 2-stage Hathor100 Ultra run through Sinai the week before Christmas. Here are the races I did:

Because I had races spread out almost evenly across the year, I didn’t have much lazy periods and managed to raise my weekly average to 8 hours, the highest ever since I’ve started recording 8 years ago.
I remember one of the very first books I read when I started doing triathlons was one by Ole Petersen, who still holds the German record in the double-Ironman distance. It was titled “The 8-hour Triathlon Program”. This book encouraged me to even consider doing that distance. I wouldn’t have been able to invest more time otherwise. Eventually, I finished my first Ironman with much less training and only now, many years later, I reached this average of 8 hours per week over a year. Of course, training for an Ironman motivated me to invest the hours of training. However, having a smart trainer and using Zwift was a major enabler and it shows up in the amount of bike hours and kilometers. I was only 1 km shy of 4000. It will be one of my targets for next year to break this mark. 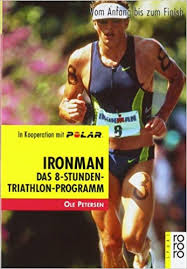 Talking about next year, someone once said: “It is difficult to make predictions, especially about the future”. This applies to plans too. They are there to be adjusted or changed completely in response to the unforeseen. But, here is what I think I will do in 2020 anyway:

First, I plan to maintain an average of 8 hours per week. Although intriguing, I will not attempt any Ironman distance. I might in fact continue the tradition of only doing that distance on my birthdays. This means my birthday needs to be on the weekend, because Ironman races never take place on a working weekday. The next opportunity would be July 28th, 2024. I’ll be turning 62 then 😊. I will however consider doing a couple of Half-Ironman races (Ironman 70.3). These could be Sahl El Hasheesh, usually in April and November every year, and/or Bahrain once again after 2016 and 2018.
Furthermore, I have already signed up for the Pyramids half-marathon in February. This year, no full marathon will take place at the pyramids. I understand that this is due to missing permit by the authorities in Egypt, citing security reasons. For me, this is either a sign of incapability of the authorities to protect their citizens or unwillingness to encourage a healthy life style. I don’t know which one is worse.
I’d also like to do a marathon (or 2?). I don’t know if the Cairo marathon will take place in March again. If it will, then I’ll join it. Last year I did the half-marathon and enjoyed it. In fact, there is another one with the same name but different organizers which will take place end of January. I might join it. Alternatively, or additionally, I will consider Beirut marathon. This one got cancelled this year due to the political circumstances. Next year, it is planned to happen on November 8, 2020, InshAllah.
Finally, the highlight of the year could be the second edition of the Hathor100 Ultrarun in Sinai. If it takes place, I’m definitely in!