Beginning of May, I decided to run an Ultra-marathon in 2015. I chose the distance of 100k as my goal. It wasn’t for any particular reason. It just sounded like a good challenge to have, but achievable, as opposed to a 100-miler, which is just crazy. I know, everything is relative and 100k is crazy too.

Since my decision, I shifted my focus a bit more towards running, and away from swimming and biking. This is not to say that I will not do triathlons anymore. Not at all. I love this sport and will continue to do it as long as I can, but I need a challenge and I’m not quite ready to embark on a second Ironman race. I will continue to do short ones, i.e. sprint or Olympic distance. In fact, my next race is in the city of Clausthal on the 12th of July and the one after in Hannover on the 6th of September. Those are becoming main staples of my season.

But, how do you train for an Ultra-marathon? I started reading some articles here and there and I bought an audio book by Scott Jurek, one of the world’s best Ultra-distance runners. But, in reality, no special training is needed beyond what one would do for a marathon except that the long runs get longer and longer and longer. Right after my decision, I did one or two half-marathons as long runs and continued increasing the distance to 27k, 30k, 34k and 36k yesterday. I feel that from now on I have to slow down the increase of duration and allow my body to adjust, but we’ll see what I’ll feel like next weekend. In addition to increasing the length of my long run, I will also increase the duration of my exercise on the day before such that I start the long run on tired legs. This exercise can be cycling or running. My 36k run for instance was preceded by a 15k pace run the day before.

If I want to summarize what I take away from Scott Jurek’s “Eat & Run – My Unlikely Journey to Ultramarathon Greatness”, then it would be one thing and that is the importance of being mentally ready. This is what will keep you going when your body might be signaling you to stop. I would have liked to say you have to be mentally strong instead of mentally ready, but I’m afraid that Jurek’s examples were only those where anyone who is not completely out of his mind would have rightly decided to quit the race and avoid further damage to the body. Running (and winning the race) with a torn ligament or twisted ankle is not something I would want to do. And this is why I have great respect to what these Ultra runners endure and achieve.

Talking about a challenge, “Challenge Bahrain”, a new half iron distance race, was announced just recently. It was announced as a race that will change the standard in triathlon. With half a million dollars, the prize money will be the highest in the world for a race of this distance. Statements made by the president of the triathlon association of Bahrain Saqer Al Khalifa, were indicating that no pro triathlete will leave Bahrain with a financial loss. That, and the prize money, will probably attract many pro triathletes to participate. It is expected that 1500 athletes will join the race which will take place on the 6th of December. This is a very exciting development that will help spread the sport of triathlon among Arabs.


Finally, I’m happy to be in touch with Mohamed Lahna, a Moroccan para triathlete who is doing amazing things. Mohamed was born without a right femur, but this has not stopped him from competing at multiple national swim competitions, swimming across the Straight of Gibraltar, running across the Sahara desert during the Marathon des Sables, and participating in numerous triathlon races in between. I hope to meet him one day. Maybe he can give me some tips for Marathon de Sables once I’ve finished my 100k race J 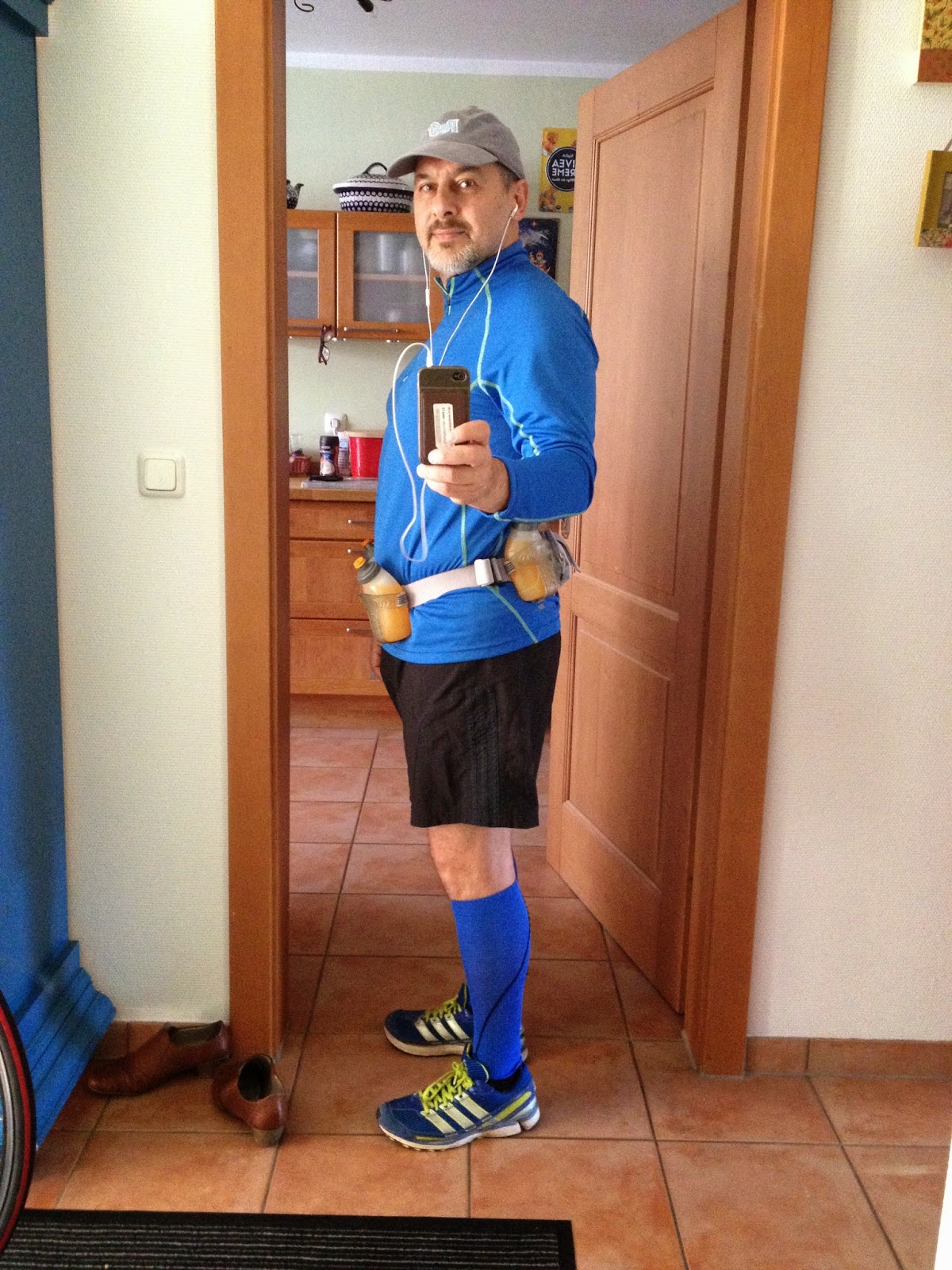 The beginnings of an ultra runner
(or: fake it until you make it)