My run training and Chrissie Wellington

My running training continues to go well. I continue to do a long run of more than 30 km every week, with my longest so far being 37 km long. I’m not focusing on making the long run of the week even longer, instead, I’d like to increase my weekly running volume and start my long run on tired legs. This week’s total was 83 km; my lo
ng run today was 33 km long preceded by a 20 km run yesterday. At this point, I still cannot understand how anyone could run a 100k, but I hope that with time and consistent training, it will become a more realistic target. After all, I still have a lot of time until next year. I still need to find the right event. I’m not sure there is any 100k race in an Arab country, in which case I will seriously consider it. Otherwise, I’ll probably do one here in Germany.

On Monday I had a very enjoyable run onto the “Brocken”, the 1141m high summit of the Harz Mountains. It was a 9k run uphill and the same distance downhill again. Parts of the climb were so steep that I had to walk. I passed many hikers on the way up, and on my way down, I saw some of the same hikers again. Some of them greeted me and expressed respect for what I had done, i.e. running up to the summit. I didn't think I had done anything special, but I guess everything is relative. This was definitely not the last time I did this run.
I wrote last time about Scott Jurek’s book (Eat & Run) that I was reading. The book I’m reading this month is Chrissie Wellington’s “A Life without Limits”. Chrissie describes how she got into triathlon, more or less accidentally and at a rather advanced age. Growing up, she wasn't particularly very much into sport or successful in it, although she has always been an active person. Her initial successes at triathlon races were surprising even to her. It was interesting to read about her first coach Bret Sutton. I had heard or read about this controversial coach before, but Chrissie provided some deeper insights into his dictatorial methods and super tough training plans. Whether one likes it or not, Sutton has produced many champions over the years, but I don’t think I would have stayed with him too long had I been a professional athlete.


If I don’t post anything sooner, then my next post will, among other topics, probably be about my performance at the Harz Olympic distance triathlon which will take place on July 12th. As usual, my goal is only to be better than I was the year before in the same race. Although the water will be very cold, I am contemplating not to wear a wetsuit. I don’t know what it is, but my arms get very tired in a wetsuit and the advantage of buoyancy it provides is soon more than lost due to that. We’ll see. It will be fun in any case. 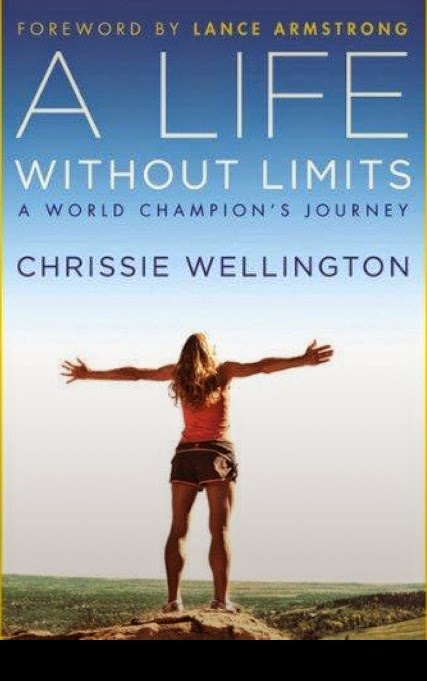